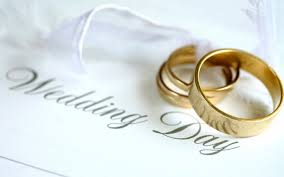 This appraisal is done before a couple is wed.  It becomes part of their prenuptial agreement so both parties have clear records of what they personally brought into the relationship.

These days a prenup is something that must be considered.  It can be an unfortunate but necessary forethought.

Prenups indicate a lack of trust? Even though one in ten couples enter into some kind of prenuptial or premarital agreement (“prenups”), many spouces remain reluctant to consider a prenup because they believe it seems unromantic and indicates a lack of trust. There are several reasons why this reluctance is misplaced.

You can gain control over your future financial situation

If you don’t sign a prenup, your marriage will be governed by a complex set of laws. The choice is between a set of rules negotiated by you and your spouse, or those imposed by the Province, over which you will have no control. And remember, prenups can be drafted to protect both spouses, not just a wealthy spouse.

Far from undermining trust, the process of drafting and negotiating a prenuptial agreement may, in fact, strengthen your relationship. The process requires a full disclosure of your financial situation and involves an open and honest discussion about how you will handle your money and plan your future. One psychiatrist states: “Openly agreed-upon rules are likely to be a better foundation for growth than are those latent rules that surface and prove to be either disagreeable or downright outrageous (‘What do you mean, you don’t do dishes?’)”

Also, prenups prepare you for marriage. Sooner or later you and your sweetheart are going to have to talk about money. Why not do it now and save potential heartache and trouble later on? After your honeymoon is over, you will soon find out that earning and spending money is an integral part of your marriage.